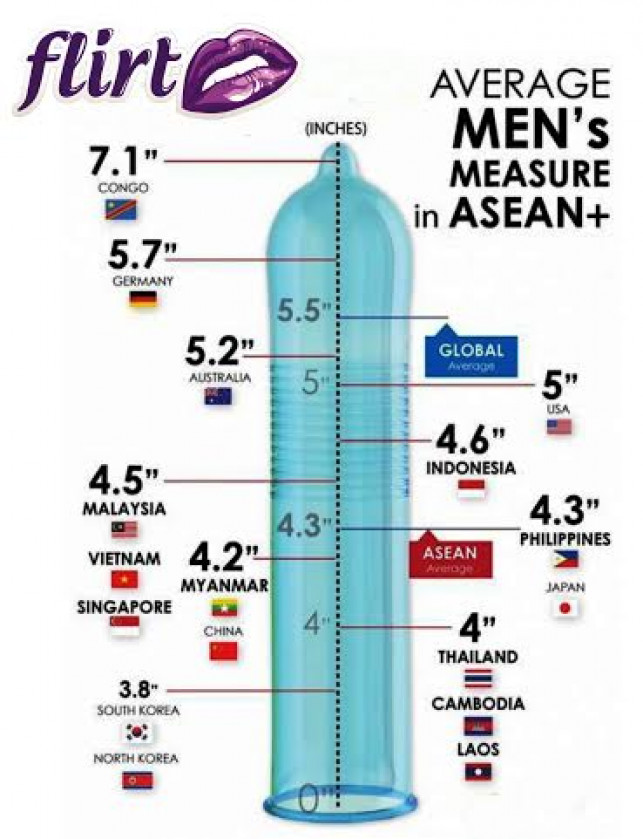 06
May
ASEAN Community Members line up… 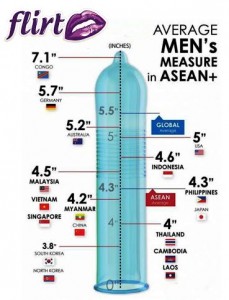 With the ASEAN Community preparing to open up for more effective international trading in 2015, it has been deemed necessary to compare sizes of the members, members! It will come as no surprise that the average size varies from country to country with the smallest ASEAN Community and World Wide appendages being found in North Korea at an average of 3.8”! South Korean’s have the same shortage issue although they are free to use theirs when and how they like with a haircut of their choice. Next up are Cambodia, Laos and Thailand with average longitudinal dimensions of 4”, when up that is. (This might explain why many ASEAN Community ladies prefer a farang!) The Burmese guys are only slightly ahead at a wee 4.2” with the Filipino chaps stealing the race qualifier with a photo finish and something to sing about at 4.3”. Ok, who’s getting cocky? Well next up is Malaysia, Singapore and Vietnam all proudly standing to attention at 4.5”, unlucky Burma! What? Indonesia steals the ASEAN Community Gold at 4.6”!!!

How does this compare with some other non-ASEAN Nations? Well the North Americans can give themselves a slap on the truncheon coming in at an average 5”, but Australia don’t give a xxxx at 5.2”!!! Germany? Well… Germany is famous for its sausages and rolling in at an average 5.7” you can see why. Hang on though, is the urban myth true? It seems so, guys from the Congo measure up to an average 7.1”! Put that in your pipe and smoke it!

On a more serious note it seems the global average is 5.5”. UK guys have an average pendulum of 5.5” too, setting the standard so to speak! (However, the UK is 78th out of 113 Nationalities studied…)  This research was carried out by Dr Richard Lynn, emeritus professor of psychology at Ulster University, for the scientific journal Personality and Individual Differences. Critics have claimed that the study is flawed, as he used some data from websites (well, critics in Korea, anyway).

Here’s a list of some of the countries included in the survey;