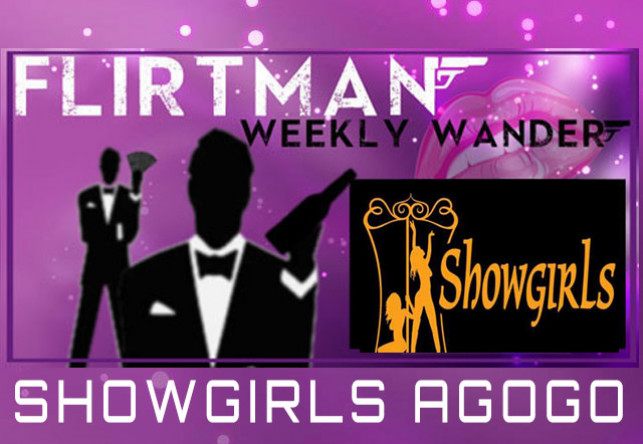 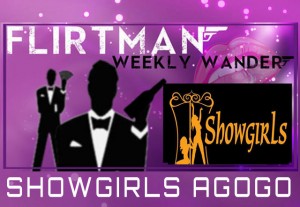 Having been around most of the LK Metro GOGO bars, it occurred to Flirtman that possibly the last one to be included was Showgirls. A quick check of past blogs did indeed note that Showgirls agogo had never been reviewed so on a rainy monday evening that all changed.

Previous visits have always seen this place full to the rafters and even on a bleak, rain swept, Pattaya evening it was the same story but Flirtman’s timing couldn’t have been better as a few departing customers left the prime stage front sofa free and so we had a great pivotal place to check out the whole joint.

Gone are the old internal stairs running up the centre of the unit (moved outside now) and they have extended the seating area at the rear beside the bar as well as created a double tier viewing area next to the toilet.

Speaking of the toilet, it probably has the quirkiest urinal in town with large kiss/rolling stones lips in which to relieve yourself (no not in that way).

Toilet humour aside the place is host to a huge number of girls. I counted approx 30 on stage when they do their nightly round-up for the punters to see and there were still some more moping around at the rear so there are a lot of staff in here.

The attire for the evening was bikini style but happily the girls all wore different colours and styles of bikini so avoided the completely boring mundane appearance that places like peppermint etc do when they make the girls all look the same. Hard-core mongers will be dissapointed to hear that they all looked like they were wearing double layers under the bikini and i know this is a pet hate of some of my gogo agoing friends. (especially when they wear the bra under the bikini top)

The main stage has 6 poles and there is a corner podium too but they squeeze around 10 girls on at any one time so it can feel full and interesting at all times. They do still do shows at certain times but popping in at the wrong time meant Flirtman didn’t stick around long enough to see any. (The sheer blandness of the girls and the music seen me bail out and pop across the road to Crystal where the DJ mixes are simply out-of-this-world)

So gone are the hot tahitian girls and the under-stage bathtub but for some reason this place still pulls in the punters. Showgirls gets a 6 out of 10 but if the women improve we shall review that score.