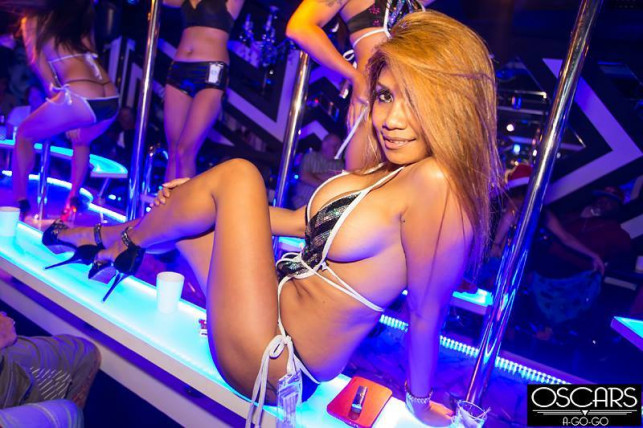 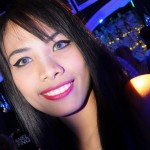 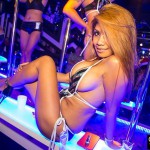 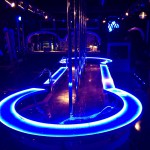 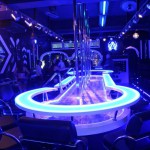 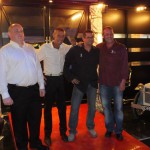 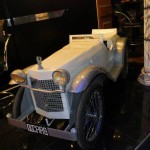 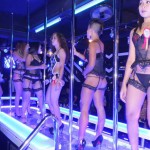 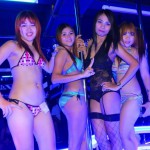 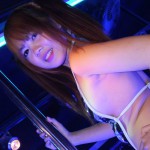 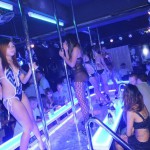 Wednesday 18th December seen the soft opening of yet another Agogo bar in Soi LK Metro, Pattaya. The newest addition is a classy joint named Oscars Agogo. Although the official opening was on Saturday 21st Deceember, The Flirt Team got access all areas on this “soft” opening evening. Formerly the Stags Head, the re-incarnation has seen a complete overhaul of the complete interior and to a very nice high standard indeed. It oozes class and futuristic blue neon which makes it look like a set from the movie Tron. A nice mixture of comfy bench seating, bar stools with tables and of course the more involved stage seating for those with eyesight problems. Beverage wise they have Asahi draft beer coming in at 69baht between 7 and 9pm and that doesn’t rise too much after you move into the “allegedly” unhappy hours. After the initial evening of a touch-too-loud music, they have corrected that down to a much better acceptable level for the ears. I guess that’s what soft-openings are for…to see any problems and correct them! The standard of shuffling ladies was pretty impressive and there must have been over 30 damsels in distress strutting their stuff in sexy black and diamond designer costumes. Certainly great eye candy and ensures you’ll probably linger a lot longer than in some of the other chrome palaces down this area. The staff worked hard and kept a happy face throughout the evening and with western owner/management in place there is comfort knowing you’ll be taken care of and looked after well. Flirt wishes all the team at Oscars Agogo a prosperous high season and continued success in 2014. Hard work and thought always pays off and the guys down at Oscars have certainly put in the hours to get this establishment up and running and without cutting corners.