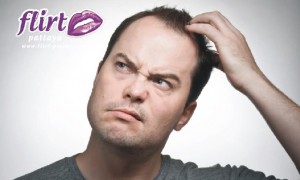 “Up to You!” What does it really mean?

Anyone who has visited or lived in Thailand will have probably heard this phrase, more than once! But, what does it actually mean? Or, as we explore the possibilities, are there many meanings? Let’s start with some examples of when you be gifted the “Up to you” dilemma!

You’re about to go out and it’s hot, very hot and humid too. You would really prefer to wear your favourite shorts and sandals, but you find yourself asking your Thai girlfriend “Is this ok, or should I wear my long trousers and smart shoes?” She replies “Up to you!” Ok, let’s have a think. Is it, she doesn’t mind or doesn’t care, or is it that you generally wear shorts everywhere and she’s used to it, or she would rather you wore smart long trousers and shoes because you normally look like a tramp often found sleeping in a doorway on Soi Buakhao? But, it’s really hot… So you ask again. The reply is the same, but this time she sounds more pissed off than indifferent like before. Strange game this one. Ok, so you decide to wear the long trousers and shoes as it’s a more polite look. Was it really up to you?

Another scenario, very common one this! You ask you Thai partner “What would you like for dinner?” You’ve guessed the answer already “Up to you!” she replies… Right, you think long and hard about this one. You don’t really fancy the sea food buffet or eating things that are so spicy you could strip several layers of paint off the woodwork in your house with one teaspoon full, so you suggest Sizzler! Logical, they have a nice fresh salad bar that is very unlikely to cause any gastronomical upset and it seems Thai and Farang friendly. Again, you get the more aggressive “Up to you” as a reply. What’s wrong with Sizzler? So they don’t serve deep sea creatures with tentacles in a super spicy fish sauce, surely that’s a good thing right? So, you compromise and end up eating at a Japanese buffet bar served by a robot. Your new mechanical friend looks at you and seems to know that his restaurant wasn’t your first choice, but you’re enjoying the experience all the same! This was a compromise outcome, again not really up to you.

Your best friend invites you for a night out with the boys. Beers and bars is the order of the evening on offer with a drunken return in the early hours stinking of fried onions and Doner kebab! You ask you girlfriend if it is ok to go. She says… “Up to you”. Does she mean I don’t mind, go! Or does she mean I really don’t want you to go out with Gavin and his mates because you’ll end up in a dodgy bar somewhere, spend far too much money and come home wearing an extra small pink flirt tee shirt together with many embarrassing photos posted on Facebook for the world to see and you will return home with a bargain 250 Baht led torch you bought from a passing street seller. This one could mean that it’s really “Up to you” if you want to come home and find the condo door locked!

So, “Up to you” seems to mean many things, including; yes, no, maybe, I’d rather you didn’t, I don’t want to go to A-Go-Go bar, I don’t care, I really don’t care, I’m not listening so I cannot give you a straight answer, I cannot give you a straight answer just in case I lose face if I get it wrong and it’s not up to you at all, the list is exhaustive… If the truth be told, it seems that there is a common thread here and there is only one meaning after all. It’s “Up to you” to work it out!

Posted by Napassanan Jantawee 0 Comments Bar girls, Nightlife, Pattaya, Pattaya Blogs, Thailand, “Up to You!” What does it really mean?